An overview of online betting in Germany

If you’re a newbie to the betting arena, your head may begin to swirl at the sheer volume of different welcome bonuses seeking your attention, while as an existing customer you’re also eligible to receive free bets to ensure your custom is retained.

Some companies won’t feel the need to focus so much on making their promotions/bonuses as coveted as others, instead choosing other aspects to get a portion of the market.

We have listed the best bonus offers/promotions from the most reputable and trustworthy bookies, all of which can be used by bettors from Germany. Be sure to read exactly what the offer entails before committing yourself but enjoy the prospect of winning some free Geld!

The process should be a very straight forward one given a large majority of foreign based companies are already attracting high numbers of players from Germany.

The landscape of betting in Germany is a bit fuzzy but is set for a vast overhaul in the not too distant future. As of now, all legal on land bookmakers in Germany are controlled and monopolized by Oddbet, a state-run scheme that exists to create an equal market share among competitors within Germany.

However, under pressure from the EU, who point to the law denying foreign trade, the system is set to be abolished in favour of allowing foreign betting companies a fairer share of the German online market. Consequently, and, most importantly for you, this will provide more options in terms of price and betting markets.

Therefore, the likes of English betting site bet365 and Asian based giants 18bet are among the most actively used betting sites in Germany, benefitting from being able to lure German customers with the sweetener of not having to pay taxes, as well as making the German language available on their sites.

Meanwhile, the likes of Tipico, Tipbet, Interwetten and Bwin serve as prime examples of German oriented bookmakers operating out of the country under the current legislation but still commonly used by bettors in Germany.

In essence, the whole system is pretty outdated and needs to regulated in line with how people go about their daily lives in the 21st century. The new legislation is set to be introduced by the end of 2018.

How the Betting legislation affects you

Online betting in Germany is legal. As it stands you are able to bet as you wish with whom you wish since the government are powerless to stop people from betting online in Germany. If anything, the situation is only likely to improve for the bettor under the new legislation with government approved licenses certain to provide more protection for customers.

The lack of clarity regarding the subject of online betting in Germany may deter some from the idea of wagering online but, in truth, gambling is still rife, as has proved with bettors refusing to let the ongoing legislative issues get in the way.

The likes of Interwetten, Tipico and Tipbet are effectively German sportbooks who base themselves in Malta but are attuned to the German bettor, meaning the chance to bet on local German football and horse racing is as accessible as it would be if the sites were based in the country.

However, the rise of the British market in particular has seen many German bettors lured to bet365, among others, in search of the most competitive odds, best bonus offers and range of different betting markets.

William Hill and Betfair are other ports-of-call for German punters who are able to make full use of being able to adjust language settings to make the site German friendly, as well as rely on the knowledge they will have a safe and reliable betting experience with reputable companies.

With the nation’s love for football, or ‘Fussball’ as it’s more commonly known on the streets of Berlin and Munich, many sportsbooks go above and beyond to ensure they are the bookmaker of choice among the millions of fans who follow the sport.

Tipico have recently taken a huge step ahead of its competitors by becoming the official partner of the Bundesliga and the 2nd Bundesliga from the beginning of 2018. The deal, in place up to the 2020/21 season allows for the betting company to advertise themselves alongside the competition’s logos and hold a significant standing within the game and in the eyes of supporters. Tipico are also partners to Bayern Munich and Hamburg, further enhancing their brand within German football. As for their sportsbook, the odds they put out certainly aren’t the best, however, Tipico do not charge their customers the 5% tax fee that exists in Germany, which compensates for the slightly lower odds.

Bwin, Austrian based but with the German market at the forefront of their operations, have also been down the road of marketing themselves within the game by sponsoring the shirts of European giants Real Madrid, AC Milan and, of course, Bayern Munich. Their nose would have been put of joint by the recent ventures of Tipico, however, bwin offer their customers the opportunity to live stream games. Such a notion means you can watch your selected live game while simultaneously placing bets via the live betting platform.

Interwetten are perhaps the best all-round German bookie for betting on football, known for offering the best odds across a multitude of games in leagues across the world. Other pulling factors which makes it an automatic go-to for any German football fan includes its fast and guaranteed payouts and top rated 24/7 customer service team able to communicate in the native tounge. In a competitive market of fine lines however, it’s the potential better return from the odds offered which makes interwetten a popular choice.

Am I breaking the law by betting online in Germany via a foreign bookmaker?

No, you are not breaking any form of legislation by betting online using a bookmaker not based in Germany. Under current EU legislation, the German government cannot deny foreign bookmakers from making themselves available to German residents.

Can I wager money on the Betfair exchange site from Germany?

German bettors are able to use the Betfair sportsbook to wager on, however, the Betfair exchange site is prohibited.

Are all German players subject to paying tax when betting?

Yes, a 5% levy is placed upon the bettor if they are betting within Germany. However, it’s known bookmakers manage this issue in varying ways thus it’s best you check the guidelines set out by the online bookmaker you use in relation to this. 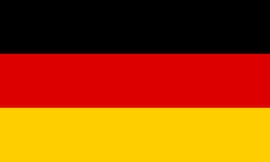