An overview of online betting in New Zealand

Setting up an online betting account in New Zealand

Given TAB is thee sportsbook for New Zealand players, here’s the three-step guide to registering an account with TAB, though it must be said the same process can be followed for the majority of international online betting sites too.

2, Next you’ll need to enter your personal details into the on-screen registration form. This’ll include:

3, It’s most likely you’ll need to activate your account. This is achieved by accessing the mail sent to your registered email address by the betting company. Simply click on the email verification link and the account set-up should be complete. The whole process should be fast and easy and take no longer than ten minutes to sort.

All online bookmakers you come across will try to win or regain your custom by offering ‘free-bets’ which can come in many different forms.

Be it a ‘Welcome Bonus’ or a ‘Free Bet’ you have the chance to win some free cash so make sure you scan all the offers you come across to maximise this opportunity. Nobody said either that you have to stick to just one bookmaker so go ahead and get used to how different bookies do things.

As much as a ‘free bet’ can yield, in effect, free cash, it’s good to get into the habit of checking whether there are strings attached to the offer in question also. For example, the money won via a free bet may need to be rolled over a certain amount of times before the amount can be withdrawn from your betting purse.

In general, the introductory offers are a good way of seeing how a bookie operates first hand, while as a newbie, it’s a very useful way of becoming accustomed to the betting world without risking your own funds first. Look out for big sports events or fixtures to take advantage of some of the best promotions!

Interest in rugby, cricket and football are particularly high among the 4.7 milion populants with the All Blacks, Black Caps and All Whites all having symbolised the competitive spirit Kiwis are famed for at some point in recent history.

Most popular sports bet on in New Zealand

Rugby Union is the number one sport in the country with many New Zealanders identifying the All Blacks as a major part of their national identity. Some would even consider rugby union to be ‘more than a sport’ such is the passion.

Betting on the All Blacks is extremely popular, even if the predicted dominance of the Kiwis is unlikely to offer the best odds for punters looking to yield a sizeable return.

As well as the international stage, club rugby union is also a favourite among lovers of the sport but is not so commonly bet on. Bookmakers will still offer markets for all Super Rugby matches though, a tournament that involves fifteen of the best club sides from the Southern hemisphere.

With Australia and New Zealand sharing many sporting tastes, Australian Rules Football (AFL) it’s very common for Kiwi punters to have a flutter on a sport home to some of the biggest annual sporting events in Australasia.

Football, or soccer, as it’s sometimes referred to as, seems to have cornered every corner of the globe and New Zealand is no different with the game one of the most well-liked sports to watch.

The success of the national side in getting to the FIFA World Cup in 2010 and getting within one game of qualifying for the 2018 edition in Russia, has certainly helped raise the profile of the sport in a predominantly rugby and cricket loving country.

European leagues and competitions such as Spain’s La Liga, Italy’s Serie A and of course, England’s Premier League, fetch much interest, as does the Australian A-League which has a Kiwi presence in the shape of Wellington Phoenix.

The ISPS Handa Premiership, the premier domestic football league in New Zealand, does generate some interest but since the league is relatively new (formed 2004) and consists of semi-pro alongside professional teams, it struggles to capture the imagination within the country. The situation isn’t helped by the decision of New Zealand football to stop the TAB from taking bets on regional premier league matches.

The relentless nature of the cricket calendar means there’s always meaningful tournament or series featuring The Kiwis in either the test, one day, or Twenty20 arena, while the glamour of the Indian Premier League and the Big Bash closer to home in Australia leaves you with every chance of you filling your cricket fix. 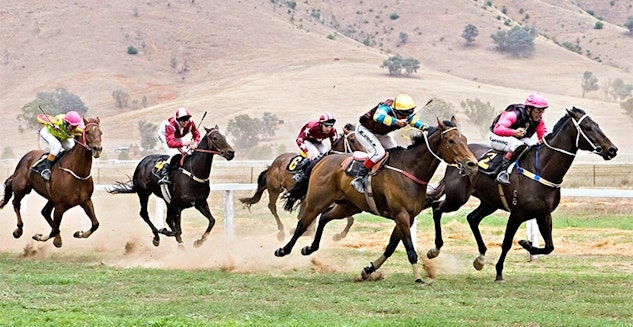 New Zealand is home to many prestigious races, such as the New Zealand Cup and the Auckland Cup Week.

In addition to rugby union, cricket and football, horse racing yields a lot of attention in terms of online betting. Bettors have a magnitude of events to wager money on including prestigious events such as the New Zealand Cup and the Auckland Cup Week.

Punters are also to bet on smaller races on a daily or a weekly basis with many different horse bets available over a vast amount of races.

The future of online betting in New Zealand

At present, the landscape regarding online betting in New Zealand is one of serenity with New Zealanders able to choose between the safety and security of the TAB, as well as sportsbooks based outside of the country, without the fear of being punished. While the government will not allow for the introduction of new operators within the country, it doesn’t move to prevent the use of offshore sites either.

However, there appears a conflict of interest about how to best shape the industry going forwards, as is the case in many countries now with the popularity of online betting.

Clearly, allowing the presence of international bookmakers results in a large amount of potential revenue flow out of the country, rather than stay within it, a mater which needs addressing.

The issue looks to be gathering pace with the government recommending outsourcing the TAB’s commercial operations and remodeling the existing betting framework, due to it being unable to compete financially with global, big name betting sites.

In essence those in power have come to realise the beast that is online betting, and rather than try to combat a thriving industry showing no signs of letting up, it’s thought opening up the market is the only way forwards. It remains to be seen how this affects the grassroots of sport in New Zealand with sporting bodies having already expressed concerns that their funding from the TAB could be cut.

Am I permitted to use an international bookmaker from New Zealand?

Yes, betting online via a sportsbook not based in New Zealand is legal.

Do I need to pay tax on my winnings?

No, any profits you make as a result of betting online in New Zealand are tax free.