A guide to online betting in Romania

Romania is officially one of the newest players to the online betting scene though, in truth, gambling has long been part of the country’s make-up.

The Loteria Romana, the Romanian national Lottery, established back in the early 1900’s, was the first recognized form of gambling to exist in the country at a time when the idea of gambling was growing more popular.

However, this was to be curbed emphatically by Nicolae Ceausescu’s communist regime who ensured gambling was prohibited within Romania, a ban that lasted right up until the dictatorship fell on Christmas Day 1989.

A new decade brought with it a new democratic government and a more relaxed stance on gambling, enabling residents within Romania to partake in physical gambling activity in the many post-communist gambling establishments which begun to pop up around the country, the first of which opened in 1991.

The industry prospered from this point on but, as has been the case for many European countries, Romania wasn’t banking on the rapid technological advancements which created a new and even bigger audience for gambling in the shape of online betting and in particular, online sports betting.

Much of the Romanian market is made up of international betting operators but you can still count on them offering their service in Romanian.

However, coming across a betting company which supports the local currency, the Romanian Leu (RON), is not so common thus making deposits and collecting potential winnings in Euros (€) is common practice.

The use of e-wallets such as Neteller, Skrill and QIWI can be used as safe and easy alternatives for depositing money and will save you time and money spent converting Leu into Euros.

3, Add details for a legitimate bank account to transfer monies to and from – all details needed will be on the card.

4, Finally, it’s most likely you’ll need to activate your account. This is achieved by accessing the mail sent to your registered email address by the betting company. Simply click on the email verification link and the account set-up should be complete.

The Growth of Online Betting in Romania

Prompted by the sheer popularity of online betting in Romania, which at the time of its boom around 2003 had no legislation in place, the government welcomed investment from foreign investors into the industry, a decision thought to be influenced by Romania’s desire to join the EU.

For a number of years, the legislation surrounding online betting was murky but the acceptance of Romania into the EU in 2007 saw Romania adhere to rules set out by the European Court in terms of online gambling. However, still one problem remained – there was no legislation set up within the country so online betting could be considered neither legal or illegal.

Betting companies outside of Romania jumped on the chance to establish a market for themselves in an industry still largely unregulated by offering services in Romanian.

The Romanian government moved to fix this in 2009 by introducing an act which officially legalised online gambling providing companies held a license, only to then realise they had no regulatory body in place to grant such licenses and oversee that companies were adhering to the terms that come with operating within the online betting industry in Romania.

Betting companies outside of Romania jumped on the chance to establish a market for themselves in an industry still largely unregulated by offering services in Romanian. Though technically illegal given some didn’t hold the license, how could any sanctions be made without the presence of a regulatory body?

2013 witnessed the Romanian government finally create the National Gambling Office (ONJN) from which companies needed to abide by rules and regulations set in order to be granted an online gambling license in the country.

The Online Betting Landscape in Romania and how it affects you

It took some time to implement but finally residents of Romania can finally gamble without doing so amidst a cloudy background. So long as the betting company in question has been awarded a license to operate within the country, and you are over eighteen years of age, you are free to bet.

However, you should look to see if websites are keeping to the rulebook in providing features aimed at protecting the bettor. Under the latest regulations, it’s compulsory for a betting provider to make a clock visible on the webpage and make all information available in the Romanian language.

Additionally, a player who partakes in betting more than once in 12 hours needs to be notified via email about the potential risks of gambling, while players must be afforded the right to temporarily halt their account for a specific time frame or delete their account permanently.

The Future of Online Betting in Romania

The EU remain at loggerheads with the Romanian Gambling body over the specifications set out which state that a betting operator must have a fixed HQ in the country and run the Romanian version of the site from within the country’s borders, conditions which are deemed restrictive to foreign operators looking to break into the market. The stipulations are also viewed to be in violation of the European Commission’s idea to create a free market among its citizens.

Such excessive rules are believed to leave international betting companies wary of entering the Romanian market which surely needs to change if the industry in Romania is going to continue to grow at the rate it has already. Until these issues are fully clarified the future of online gambling remains in the dark, while the competition in the industry will continue to be suppressed.

As in most European countries, punters are attracted to betting on and watching football, more than any other sport. The major European leagues such as England’s Premier League, Spain’s La Liga, and Italy’s Serie A are the leading competitions bet on. Not to mention the UEFA Champions League and Europa League which has featured home names in the shape of Steaua Bucharest, CFR Cluj, Astra and Dinamo Bucharest in the past.

Those referred to can also be found competing in Liga 1, the highest Romanian professional league but it’s the leagues across Europe which tend to catch the eye of the average bettor in Romania.

Other sports to draw a significant level of interest in Romania include tennis, rugby, and handball. Gymnastics also has its appeal among Romanian citizens due mainly to the country’s continued success in the Olympics Games which has seen them collect 25 Golds and 72 medals in the discipline, in total.

Competition within the Betting Market in Romania

The pool of licensed online bookies in Romania is on the small side thanks to the stringent rules laid out by the Romanian Gambling body. This means competition isn’t exactly fierce with two main players, StanleyBet and Betshop, responsible for serving a large portion of the market. Local sites used include Fortuna, Get’s bet, Betano, and Netbet.

Some of the biggest betting companies in the world have had to shut its doors to Romanian players or have exited the Romanian market altogether due to the continued grey area which surrounds the industry and the slow progress made in ironing out a number of issues.

The likes of Bet365 and bwin are among those to have shared a chequered history in the country but are believed to have now sorted out their differences to take their place within the Romanian market.

Familiar names such as Unibet, 888Sport and Betvictor are also bookmakers commonly used by Romanian residents.

As the knowledgeable and generous folk we are, the betting sites you’re able to use as a Romanian bettor are listed on this page alongside the best betting bonuses and welcome offers available.

Such introductory offers are a great way for you to become familiar with the way a bookmaker does things and the service they offer, without risking your own money. Usually the betting operator will entice you to sign up through offering a free stake or a matched bonus from which you are entitled to keep any potential winnings (thought this tends to not include the value of the stake).

This said, it’s also important to pay close attention to the terms of the promotional offer and so you’re not caught out or disappointed come the end result.

Is online betting legal in Romania?

Yes. Online betting in Romania is legal so long as the betting company in question has the license required to operate within the borders of the country. Certain conditions have to be met in order for international companies to makes themselves available to Romanian bettors.

Do I have to pay tax on winnings?

Yes, unfortunately, you are subject to paying tax if your winnings amount to a ‘significant figure’. Though the process of how the tax is paid is set to change. No longer will it be the responsibility of the bettor to submit tax statements related to their betting activity – operators will soon be obligated to set aside the amount of tax to be paid on behalf of the player. 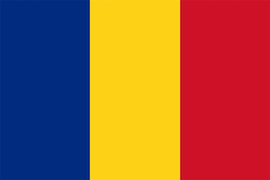