A guide to online betting in Spain

It took some time to implement but it now appears the betting landscape in Spain is one that can be made sense of for all involved, especially bettors who have long been in the dark about where and with whom they could bet.

For many years, the Spanish government had had a long-standing relaxed attitude towards online betting. A rise in the amount of Spanish residents partaking in the industry however, resulted in the introduction of The Spanish Gambling Act in 2011, a piece of legislation which has officially regulated the industry once and for all, not least in Spain’s self-governed countries where betting activity had long been free rein.

For many years, the Spanish government had had a long-standing relaxed attitude towards online betting.

The act has brought about a framework from which companies and bettors alike have to adhere to. In addition, it has led to the formation of a national regulatory body – the Direccion General de Oredenacion del Juego (General Directorate for the Regulation of Gambling Activities) which serves to punish unlicensed online betting sites and block access to those sites not following the stipulations.

Well, it has moved to clear things up first and foremost so now you will know for sure what is legal and what isn’t.

We can confirm that is it is perfectly legal and above board to bet online, provided you are eighteen years old and use a betting operator that has obtained a Spanish license. However, should the site not have the license required you would be breaking the law.

The implications for the bettor are a little hazy but you’ll struggle to defend yourself if prosecuted against, especially with the act proving successful at identifying and prosecuting the operators unlawfully offering their services to Spanish citizens. In other words, bettors using betting sites without a license are likely to be fully aware of what they’re doing.

Under the umbrella of the act, it’s also forbidden for companies to publicize in anyway which may prompt people to bet. Therefore, coming across advertising or promotions concerning betting is highly unlikely. Media operators must also adhere to the same ruling but may be given consent by the authorities if their need is deemed appropriate.

How to know if a betting site is licensed in Spain

You need to a find bookmaker that uses a .es domain name and is licensed by Juego Seguro, the licensing body. A logo displaying the name, Juego Seguro should be clearly visible at the bottom of the website.

The large majority of the biggest and most reputable gambling companies such as William Hill, Betfair, Bet365, and Bwin have already set up .es domains to legally operate in the country so there is really no excuse to be breaking the law.

Once you’ve put a fair amount of research into the bookmaker that ticks all of the boxes for you, you’ll need to set up an account is a breeze and should take no longer than ten minutes to complete.

Each bookmaker may set out the opening page a bit differently, but the information needed is always the same. Remember the law allows for Spanish bettors to open accounts with international firms, so long as they hold a license from Juego Seguro.

This may also include your identity number, found on your National ID card (Documento nacional de identidad)

3, Add details for a legitimate bank account to transfer monies to and from.

4, It’s probable you’ll need to activate your account. This is achieved by accessing the mail sent to your registered email address by the betting company. Simply click on the email verification link and the account set-up should be complete.

5, Finally, you’ll need to make a deposit. Most licensed Spanish sportbooks allow for deposits to be made using Mastercard or Visa, as well as e-wallets such as Paypal and Skrill.

The Spanish love of sport is becoming increasingly visible through the amount of residents known to partake in sports betting. Given the industry was only fully regulated since 2011, it’s yet to reach the numbers produced by the UK, considered for a long time to be the ‘home of betting’.

However, the figures recorded so far, in addition to its ever-growing popularity, is likely to see the country become one of the most lucrative markets alongside the UK in no time at all.

All of the big names have made sure they’re already part of what’s going on in Spain. World leader Bet365 were among one of the first on the scene and have subsequently become the most popular sportsbook among Spaniards. Betfair, Ladbrokes and William Hill are also bookies widely used, due largely to their coverage of football.

With competition between the bookmakers only set to intensify as the popularity of online sports betting continues to soar, there’s only ever going to be one winner and that’s you, the bettor.

Not only will various bookies look to drive down odds and offer masses of extra markets to stand out in a busy crowd, you’ll be able to take advantage of the countless amount of free bets and bonuses on offer by betting companies looking to win your custom.

From Sign Up offers that are aimed toward new customers and providing the opportunity to experience the betting company first hand, to Free Bets, more aimed at retaining customers by commonly offering a free stake on a bet, it’s likely you’ll come across them all.

However, as much as offers can, in effect, yield ‘free money’, there can be strings attached to certain offers which may not always be so transparent. For instance, the money won via a free bet may need to be rolled over a certain amount of times before the amount can be withdrawn from your betting purse as cash.

In summary, betting bonuses and welcome offers can offer a great insight, as well as prove very profitable. At the same time, it’s good also to remain vigilant and not get caught out.

The future of online betting in Spain

Considering the Spanish Gambling Act legislation has only been in place for seven years (at the time of writing), it’s possible for there to be amendments made in order to make it fully resistant against unlicensed betting operators, whilst removing any grey areas from the equation.

Meanwhile, a further law could be in the offing which could change the current tax situation. As it stands currently, gamblers are required to pay tax on winnings of a substantial amount from which they aren’t allowed to minus their losing stakes.

However, this could be set to change, making the regulated world of online betting in Spain more and more appealing to Spanish gamblers.

Most popular sports in Spain

Spain is well known for its rich sporting background, so much so it can call upon sporting icons in a range of different sports such as football, tennis, golf and formula one.

17-time Grand Slam winner Rafa Nadal, Masters Winner Sergio Garcia and two time F1 champion Fernando Alonso have all helped raise the profile of their respective sports, yet it’s football which is the country’s number one love and therefore the most popular bet on.

La Liga is an obvious port-of-call for the many football enthusiasts across Spain who enjoy following teams such as Barcelona, Real Madrid, Atletico Madrid and Valencia domestically and as well as in prestigious European competitions such as the UEFA Champions League and Europa League.

Basketball also receives a considerable amount of coverage in Spain, leading to wagers being made on Liga Endesa, the country’s professional league, in addition to the NBA in America. Velota and bullfighting rank as the more traditional national sports, though you’re unlikely to find a market for the latter due to the global outrage which surrounds the cruel nature of the cultural tradition. 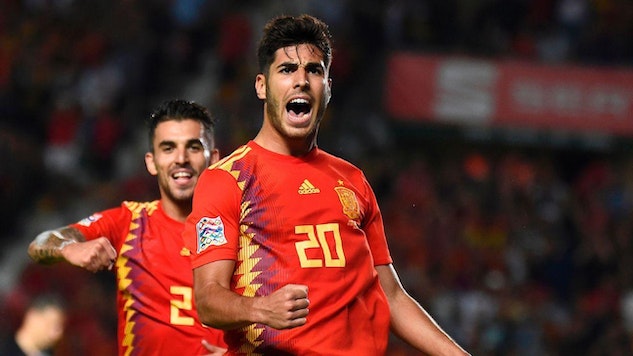 Is online betting legal in Spain?

Yes. Online betting in Spain is 100% if you are eighteen years of age and use a licensed online betting operator.

How do I know if an online bookmaker is fully licensed?

All licensed sportsbooks in Spain are instantly recognizable through the .es domain name and a logo displaying the name, Juego Seguro, at the bottom of the webpage.

Yes, they do. However, the clearer regulations now in place, on top of the ease and convenience of online betting, sees many locals use online sportsbooks as opposed to land-based establishments 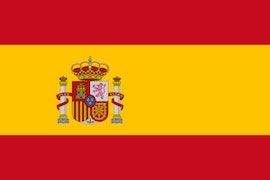