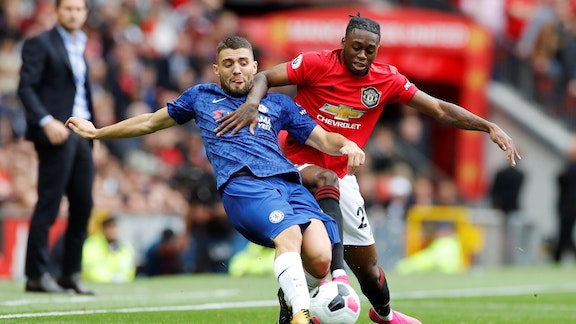 Manchester United have already beaten Chelsea twice this season, and with 888sport you can get them at 28/1 to do so again.

The winter break for Premier League teams has seen gameweek 26 split into two separate sets of fixtures, and the pick of the second batch sees Chelsea host Manchester United.

Having looked a safe bet for a top-four finish, Chelsea have picked up just two points from their last three games and United can move within three points of the Blues with a victory at Stamford Bridge on Monday night.

On the opening day of the season, the teams met at Old Trafford and it was the Red Devils who came out 4-0 winners despite a spirited Chelsea display.

Ole Gunnar Solskjær's team also managed a triumph in West London in October, as Marcus Rashford, who will miss out on Monday through injury, scored twice to eliminate Chelsea from the Carabao Cup.

New customers with 888sport can back United at 28/1 to beat Chelsea.

Normal odds for a Manchester United win would be 13/4, so 888sport's massive 28/1 price represents excellent value.

Even though Chelsea have not beaten United since the 2018 FA Cup Final, they come into this clash as odds-on favourites at 10/13.

888sport's latest enhanced odds offer allows punters to grab Frank Lampard's men at 8/1 - a terrific price given their position in the Premier League table compared with their opponents.

To claim these 888sport enhanced odds, simply follow the below steps: