How To Bet On Tennis

Invented in Birmingham, England between 1859 and 1865, tennis is now one of the most popular spectator sports in the world. It has also become one of the most established sports in the betting market. Along with golf, tennis offers the punter an opportunity to invest in one or two individuals rather than a team. In recent years the introduction of electronic review technology and a point challenge system - known as the Hawk-Eye - has added to its popularity in the sports betting industry. 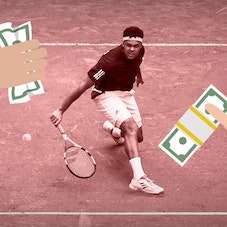 Most people will have heard of the big-four ATP Grand Slam Tournaments: the Australian Open, the French Open (Roland Garros), Wimbledon and the US Open.

These tournaments are an absolute must-see for any tennis fan. These Grand Slam tournaments offer the most prestigious fixtures in both women's and men's tennis.

The next echelon is the ATP Challenger Tour for men and the WTA Premier Events for women. Although these events usually include players outside the top-80, you’ll still see some great tennis, and it might be a good way to find some high-value odds. You are also more likely to get these events streamed by betting sites.

Other prestigious tournaments, that operate outside of the of the tiered structure of annual events include the Olympic Games, the Davis Cup, the Fed Cup and the Hopman Cup.

The Davis Cup is an international team competition where players represent their country; the Fed Cup is the female version of the same competition. The Hopman Cup is an annual competition that plays mixed-gender teams on a country-by-country basis.

How to bet on Tennis: Preperation

Tennis in some ways is simpler than other forms of sports betting. There are a lot of factors to consider and be aware of, but if you compare to betting on a football match, which can include game suspensions, referee mistakes and so on, then tennis is much simpler.

Here are few things that we, at Bookies Bonuses, always consider before placing a tennis bet:

This is the most common and simplest form of betting. Simply place a bet on a player, or a doubles pair, and if they win you will win; if they lose, you will lose. Simple as that! 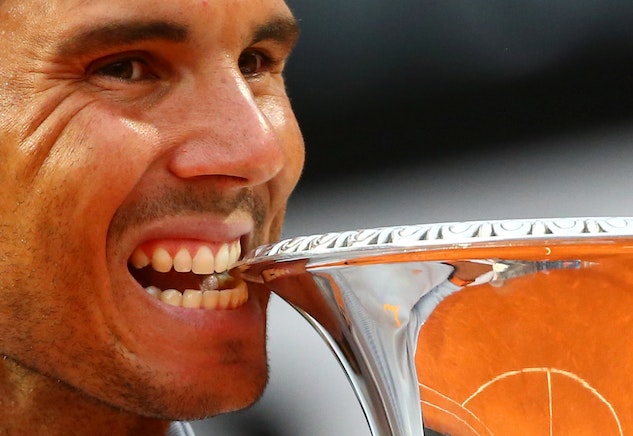 This simply refers to who will win a tournament or match. It’s that straight forward. Just remember to do your homework; certain players are better on certain surfaces, for example.

This is pretty straight forward again, but requires even more research on your part. Simply, you can bet on a player to win by a specific number of sets.

Example of betting on correct score in tennis

To work out the outcome of a bet which includes a set handicap, you need to add/subtract the handicap to the final result. 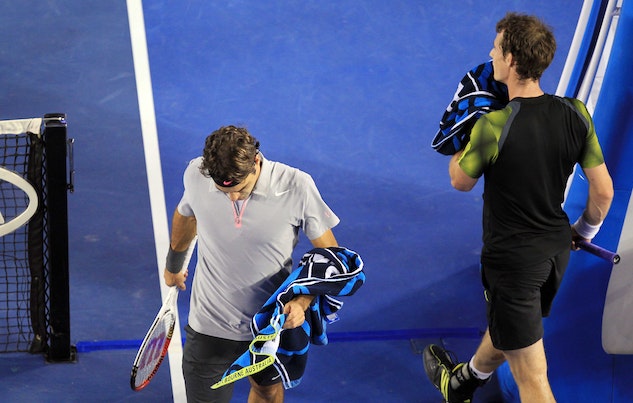 Murray has a -1.5 handicap and is playing Federer who has a +1.5 advantage.

You are betting on Murray and he has been given odds of 2/1 to win. You place a £5 wager on Murray.

This refers simply to a handicap attached to a set or games total. So to workout the outcome of a set handicap you need to add/subtract the handicap to the total amount of games/sets.

Nadal has a -7.5 game handicap against Wawrinka and has been given 2/1 to win. You place a £10 wager on Nadal.

Outcome 1: Nadal wins but has a games total of 25 games to Wawrinka’s 20. This does not meet the 7.5 negative handicap and you have lost the bet, despite Nadal winning.

This is pretty straight forward betting system. Instead of just betting on an individual player to win/lose you are betting on the total number of games in the match.

Example of over/under betting in Tennis

Now, let’s take a step back to the 2008 men’s Wimbledon Final for this example:

Roger Federer was ranked number one in the world and was playing Rafael Nadal. It was at the height of their rivalry, and was the third Wimbledon final in a row between the pair.

The previous two finals had resulted in a Roger Federer victory. He had beaten Nadal in 2006 convincingly by 3 sets to 1, so a 4 set total. In 2007, it was much closer with Nadal stretching the game to 5 sets. Nadal had been improving on the grass surface and this year was shaping up to be even closer.

The same logic applies to over/under games, where you have to bet on the total number of games in a match.

The maximum number of sets in a match is five for men and three for women.

Usually the first player to win six games wins a set but if the score becomes five-games-all, one player must be two games ahead to win the set.

Even though the theory behind this bet form may be simple - It’s precisely these sorts of bets that require an extensive knowledge of the players and the sport, as well as thorough head-to-head research.

Guide for betting on corners

How to build a betting model

How to use statistics when betting