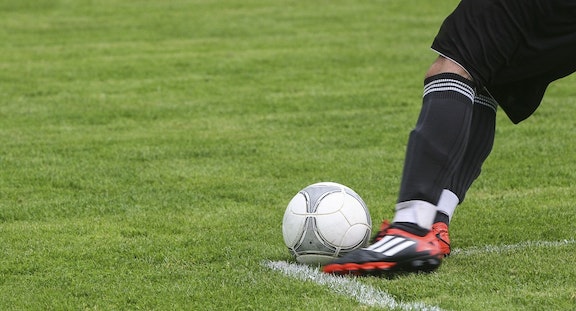 Alan Smith Interview: Tielemans Would 'Improve Any Side'

Were you impressed with Ben White in his first season at the Emirates?

"Yeah. When you think about his debut at Brentford when Ivan Toney rampaged all over him and he got a little embarrassed, but he picked himself up. Good character.

"I think it was a coup to get him. A lot of people were saying, ‘£50m for Ben White?’ but you would get your money back now I think easily.

"The understanding he has built with Gabriel has been good. He’ll get better, and that character side of him is something that would appeal to Arteta so even if Saliba comes back - Ben White is in the box seat.

"He has got himself into England reckoning as well, so he is a young player that will get better."

Emile Smith Rowe’s season petered out a little bit after an explosive start to the campaign. What do you put that down to?

"Obviously injuries - he had lots of them, some niggling, and sometimes he was put on the bench and he came on maybe not 100% fit. Arteta was anxious not to overplay him to make things worse.

"He’s still a young lad - it was probably his first full season in terms of playing a lot of games, but he got 10 Premier League goals which is nothing to be sniffed at.

"If he can stay away from injury - which is a big if with a lot of players - he’s got that little bit of something. He’s a fine finisher, he’s got that ability to move the ball quickly, to shimmy away from players and to create his own chances.

"He’s got a cool head when it comes to finishing which is something that is difficult to coach. He’s a natural at it so he is somebody that you’d want to use a lot next season."

With Tottenham Hotspur being in for Yves Bissouma and having Champions League football to offer, how damaging do you think missing out on the top four last season will end up being for Arsenal going forward in terms of what they can do in the transfer market?

"It’s a handicap - there’s no getting away from that - when you’re vying with the likes of Spurs or another Champions League club because that’s a big dangling carrot in front of any footballer with ambition. They want to play in Europe’s top competition.

"But this is where Arsenal are and this is when their recruitment needs to be creative and clever and inspired in the way that they have brought in players in the past.

"But you are fighting against it a little bit if you’re in competition with a Champions League team for the same player.

"Obviously it was a big disappointment not to make the top four having been in the box seat but having finished eighth two years on the trot, to do what they did was an achievement and they’ve got to try and move on from that."

What would your assessment be of Mikel Arteta’s first two-and-a-half years in charge and looking back, do you think it was the right move from the club to extend his contract in May?

"He was on rocky ground at one stage. Obviously, the eighth-place finishes were focusing the attention on a young manager who I think has made mistakes, maybe in terms of his man-management as well.

"It’s getting to know that side of the job, I think. Sometimes you’ve got to give a little bit more leeway to the modern-day footballer than perhaps he was prepared to. I don’t know, that’s just my opinion from the outside.

"The fact they have stuck with him is a good thing. Stability and long-term planning is not really a thing in the Premier League these days but this is as close as you could come to it, perhaps, in terms of sticking by Arteta, believing in him, thinking that he is the right man to take the team forward.

"I was pleased when he initially got the job and I’m pleased that he’s still in the job now."

What should the Gunners’ objectives be for the upcoming season?

"To try and do better than last season, but breaking into that top four with Spurs ahead of them and trying to improve their team under Conte - who knows what Manchester United are going to do - it could be more competitive than ever.

"Arsenal are in the Europa League so that is a good opportunity for these young players to gain experience against different sorts of players. There’s no reason to think they can’t go a long way in that competition. Hopefully that proves to be the case and they can attain consistency as a football team.

"In this last campaign, they had some great performances against some of the top teams, whereas in years gone by there has been a huge gap in class.

"I think about that first 45 minutes against Manchester City before Gabriel got sent off - they played some of the best football I’ve seen for years.

"There is not a fear there now. There is not an intimidation against the top teams. I think there is a belief growing within the Arsenal side and they have just got to continue along that path, I think."

How do you see the Premier League title race panning out in 2022-23? Is it going to be a two-horse race or will Manchester City run away with it?

"With Erling Haaland moving in, you think, ‘How is anyone going to stop them?’ But we have seen so many times in the past, a team that looks stuck on for the title, it doesn’t quite pan out that way.

"There might be some surprises along the way but Liverpool and Man City are the teams to beat, without doubt.

"Liverpool, having made that signing of [Darwin Nunez], are such a well-run club, although Sadio Mane might be leaving.

"They are continually turning over their playing staff so the ball is still rolling up there with Jurgen Klopp and obviously Pep Guardiola is still at City. And as long as he is still at City, the hunger will always be there in the way that it was for United under Sir Alex Ferguson.

"City are certainly going to be the team to beat with Haaland now in that team."

What sort of business would you like to see your former club, Leicester City, do this summer?

"There might be some outgoings, first of all. It seems like Youri Tielemans is destined to leave the football club, but Kiernan Dewsbury-Hall has come into the reckoning and what a fine player he is. Harvey Barnes is another good player and James Maddison has come back into it.

"I think the big problem for them is replacing Jamie Vardy - in his mid-30s - how do you replace somebody of his goalscoring ability?

"I was looking at the transfer fees they have paid for Patson Daka - about £23m - and Kelechi Iheanacho was £25m. They have tried to invest in quality in the centre forward position - obviously realising that Vardy can’t go on forever - but as yet it hasn’t happened.

"Daka is still only 23, so there is room for him to succeed, but they need that sharp point to their attack because there is still lots of quality just behind them."

How should Leicester approach the Youri Tielemans situation with just one year left on his contract?

"It feels to me like they have already said their goodbyes. I would imagine he will definitely move this summer. I can’t imagine they will wait until next summer and lose him on a free. I think he’ll go.

"Arsenal looks perhaps the most likely but we’ll wait and see. He has done ever so well for Leicester. This last campaign was flat but it was for a lot of players there.

"He is a really good player and he will improve any side, I think."

How do you think the lack of European football will affect the Foxes in terms of their squad and what they can achieve next season?

"It gives them an opportunity to not have so many games. A bit like Arsenal, this last season, where they can work more on the training ground and like Arteta, Brendan Rodgers is a man that loves to get a hold of his players on that training ground and work on shape, understanding, and tactics.

"So, he might see it as an opportunity, as much as they would love to be in Europe - of course they would, any side wants to be.

"It’s an opportunity to reset a little bit and go again. They have done ever so well after that title win. Many people might have thought they would go back to being in the bottom half of the table, perhaps.

"When I played for them, they were a yo-yo team, up and down, up and down. They have established themselves as a top 10 team, you could say, and they have got a very talented coach in Rodgers so hopefully, they can go again."

There was talk in February that Brendan Rodgers’ position might have been under threat at Leicester. Do you think he is the right man to take them forward?

"I do. They have stuck with him and realised that he is a good coach and a good manager.

"There were some rocky patches last season, but I think they saw the bigger picture with the injuries. There were so many - unprecedented - in key positions, particularly in the defence with Wesley Fofana being out for so long, and Jonny Evans, their first choice central defence really.

"They realised he had one hand tied behind his back at times with his team selections so I’m pleased he is still there."

Do you think James Maddison should have been included in the England squad for the Nations League fixtures, and does he have any chance of making the World Cup squad?

"He has got the ability. He had a lull for a time and a hip injury which held him back, plus one or two transgressions off the pitch which wouldn’t have impressed Gareth Southgate.

"I don’t know whether he lost his focus a little bit, but there is no doubting what he can do.

"Getting back into that England team is an uphill struggle when you think of Phil Foden, Bukayo Saka, Jack Grealish, and Conor Gallagher who has come into the reckoning.

"There are all sorts of players ahead of him, so he’ll have to go some.

"But you never know, if he starts like a house on fire with Leicester at the start of next season and there are maybe one or two injuries to some of those players I’ve mentioned, there might be a gap for him."