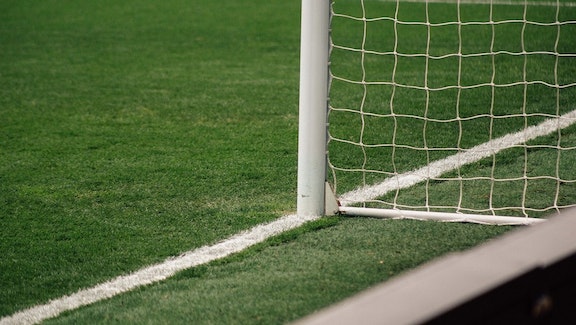 Gary Pallister on Man United: 'Doesn’t Look Like a Squad That’s Together'

Bookies Bonuses caught up with former Manchester United defender Gary Pallister, who had his say on some of the issues that new manager Erik ten Hag is faced with.

What did you make of Jadon Sancho’s first season at Manchester United?

"Ups and downs. I think it took him a while to settle. We saw some good games in the latter part of the season - the consistency probably wasn’t there.

"I think it has been difficult for quite a few players in that team this year. He has walked into a side that was obviously having problems for whatever reason and I think it has affected a lot of players with their form - Harry [Maguire] being one.

"You even look at Bruno Fernandes - who had been outstanding for two years - I don’t think he had a poor season, but by his standards, I don’t think he reached the peak of what he was producing for Manchester United, and you can say that for maybe three or four others as well.

"So, I think it’s been difficult for him. The Premier League is a different kettle of fish from any other league around the world, and maybe it has taken him by surprise as well.

"I think he is a talent - he has shown in Champions League games for Dortmund that he is a talent - so if we can get a harmonious changing room and a side that has a bit more positivity about itself then hopefully he will flourish in that."

Bruno Fernandes’ numbers last season weren’t at the same level as his first year and a half at Old Trafford. What needs to happen in order for him to get back to his best?

"That team needs to have an ethic about it that shows that it wants to win games and that they have the determination and the bit between their teeth. Not to capitulate as they did on occasions last season.

"If you get that back into the dressing room and get that fear, get the fans back on side, then I think we will see the Bruno Fernandes of old because for two years he really lit up Old Trafford and gave a lot of fans a lot of hope.

"We saw the other side of him last year - the throwing up of the arms and a bit of moaning and things like that - is that a product of what was going on behind the scenes? I don’t know. But it certainly, in my book, affected him as well, as it did quite a few players in the side.

"I think Erik ten Hag will be looking at his assists, his goals, his energy, his passing ability - he’s got that ability to open up defences. I’m sure he is eager to be working with Bruno Fernandes and getting the very best out of him again."

Marcus Rashford is another one that has been in the spotlight in terms of his performances really dropping off. You would hope the manager can help him turn that around but it just seemed so bizarre to see his level drop off in the way that it did...

"Apart from maybe two players last year - David [de Gea] and Cristiano [Ronaldo] who were probably playing at their level - you could say that for maybe a lot of the team. Their levels all dropped.

"Marcus, being the player that he is, and the attention that he gets, has been one of the ones that have been marked out there as a massive problem. He really didn’t look as though he was enjoying himself last year and I think he’s got to find that mojo again.

"Apparently he’s been working hard in the close season, from what I understand, to get himself fit and up to speed for the start of the season. Hopefully, he finds that fire in his belly - like I’m saying about a lot of the side - and that passion for football and willingness to entertain.

"I think there has been that many things wrong at the club that it really has dragged a lot of people down, and Marcus has been one of the people who has suffered most.

"He has looked a little bit lost on occasion, and if we can get the Marcus of old back then he answers a few problems for United."

Raphael Varane’s first season was plagued by injuries - but do you think his performances were good when he was able to play?

"He was alright. He didn’t pull up any trees. I don’t think you are like, ‘Wow, we have signed a [Virgil] van Dijk, Vincent Kompany, John Terry, or Tony Adams.’ I think he has been pretty steady.

"But it’s been affected by the fact that he’s not had a chance for a partnership to grow with Harry Maguire because of injuries and Harry has lost a bit of form.

"Even though he has won what he’s won and he’s got the experience - you come into a club and it’s not where it needs to be or should be for a club the size of Manchester United - it’s affecting everyone. It’s been a tough watch.

"You can see the class in him but he needs a partner, a run of games, and that dressing room to be fighting and pulling in the right direction."

Would you like to see Anthony Martial given another chance at Manchester United?

"How many more times do we say this about Anthony? Again, another quality player. On his day he’s a match-winner. It has probably been said too many times now.

"On a given day, he’s a match-winner. He’s pacey, he’s at a good age now where you should be seeing the very best of Anthony Martial, and yet you have to say we haven’t. Well, we’re not."

Do you think playing in the Europa League is a good thing for United next season to give players more opportunities or could it cause fixture congestion problems?

"I don’t know how he feels about that, the new manager. It’s European football and there’s a place in the Champions League up for grabs if you can win the final.

"It’s maybe going to give him a chance to have a look at more players - with the more games you’ve got - and utilise the squad. I don’t know how he’ll see it.

"He might see it as other teams do in the Europa League - they mix and match their team. They don’t play the full hit, their eye is still on the Premier League and where they can finish there.

"He will probably enjoy the fact that he can have a look at a lot of his players in first team action.

"At United, you have got to be playing two games a week - you’re expected to be doing that. You are one of the biggest clubs in the world, if you’re not playing in Europe then you’re not in the right place. Although it’s not the Champions League and you feel like we have earned the right to be there season in, season out - we’re not, and this is the next best thing.

"As we saw with Jose Mourinho a few years ago, if you win it, you get back in the Champions League, so you’ve got to take it seriously."

It looks like Jude Bellingham will stay at Borussia Dortmund this season. United - like many of Europe’s top clubs - are sure to be interested. What chance do you give United of signing him ahead of the other clubs chasing him?

"As we’re finding out at the moment, we’re struggling to be able to do that.

"He looks like a real star in the making, and he’s making an impression with England now as well.

"It all depends where Manchester United are when push comes to shove with him and he decides to leave, which I’m sure he will do if not this next season then the season after.

"You would hope United are in a better place and he can look at Man United and think, ‘Yeah, right, OK, there’s a project.’ There are not many places as great as Old Trafford to go and play your football.

"We talk about Champions League football and that, but you’re getting 76,000 people in there every other week. It’s a great place to go and enjoy yourself as a footballer so that attraction is always going to be there.

"If it looks like we’re starting to get it right at the club by the time he wants to leave, then I’m sure that he will look at United as one of his possible destinations."

Middlesbrough came very close to making the playoffs last season. What is the key for them this season in their bid to get back into the Premier League?

"I was disappointed, really, that they didn’t make it to the playoffs. Where they had put themselves with maybe 10 games left, I thought that they were going to make it.

"I wouldn’t have said that they were a shoo-in, but I thought they looked good enough to be in the playoffs, and for whatever reason they fell away.

"I think the goalkeeper position and the forward line needs to be looked at and addressed. He has done a bit of business already, Chris [Wilder], and I think he is as good a manager as we have had in charge for a long time at Middlesbrough.

"With his experience - I think he is at the right age as well - and with a club the size that Middlesbrough can possibly be, I expect them to be certainly challenging for the playoffs.

"It’s going to be difficult with teams with parachute payments and the sides that have gone down, but I expect and hope that they will be in the playoffs.

"But the big positions are up front and obviously the goalkeeper. If he gets them right, I think he has got some really good players there. If he can keep hold of certain players as well, then I think they are in for a good season."