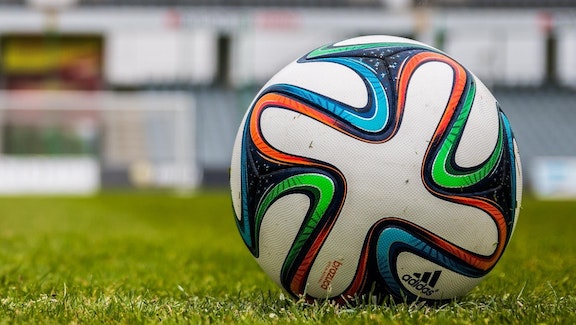 Glen Johnson: 'It's a No-Brainer' for England to Start Reece James

We spoke with former England right-back Glen Johnson, who backs Chelsea to finish above Arsenal this season and believes Reece James should start at right-back for the Three Lions at the World Cup.

Naby Keita picked up another muscle injury last week and is yet to appear in the Premier League this season. Do you think Liverpool would be open to letting him go now?

"Possibly. I think they would have been open to a decent offer at the start of the transfer window. But if any player starts with an injury, it's always hard to get back into the swing of things.

"I think they would, but who's going to sign an injured player? I know it's not a big injury, but someone might be out there to take a risk, or possibly a loan deal but Liverpool would be crazy to do a loan deal as he's only got one year left. But I think they will be open to options."

What do you think about Virgil van Dijk’s performances so far this season? He wasn’t tested against Bournemouth, but some fans felt that he wasn’t at his usual level in the first three games.

"I think it's there for everyone to see. I think the problem he's going to have is that he set the bar so high and his personal performances are so high that everyone expects it every week, and that's just not possible.

"He has certainly not been himself and people might be starting to see some cracks in his game, but that's always going to be there.

"He's only human - it's impossible to play eleven out of ten every week."

It looks as though Wesley Fofana is set to become a Chelsea player. Do you think this is the ideal move for him at this stage of his career?

"I've been a big fan of his for a long, long time.

"I think he could slot into one of the top teams easily, to be honest!

"I think he's been brilliant, I think he’s great on the ball, he's a good defender, athletic, aggressive, and I'd love for Chelsea to sign him."

What do you think about Chelsea’s attempts to sign Everton’s Anthony Gordon? Would he be able to have an instant impact on the team this season?

"I don't know if he'd have an instant impact. I know he has started relatively well this season, but I don't know if he would have that sort of authority to walk in that dressing room and hit the ground running like Raheem Sterling, for example.

"He's shown that he's capable of putting in great performances, so I think he would need slightly more time. But he could be a great player for a few years going forward."

Do you think that transfer will end up happening, with Everton having already lost Richarlison and Dominic Calvert-Lewin being injured?

"I don't think they've got any intention of selling him and they probably didn't know anything about the interest before, but as we know, money talks, so if they can get the right number for him, then you never know.

"But they need to have a plan B in terms of what they can actually do with the money because these players that can cope with the Premier League are not easy to come by.

"So I think for them to do the deal now with such little time left - I think that the money has to be sort of overpriced, shall we say."

Kai Havertz hasn’t had the start to the season he would have been hoping for in terms of goal contributions. Do you think he will continue to be a nailed on starter in this Chelsea team regardless?

"At the moment, yes, but not forever.

"So he's certainly going to have to find some of the levels that he found in the big games last season."

Pierre-Emerick Aubameyang is the striker that has been most heavily linked with Chelsea to play in that number nine position. Is there anyone else you would like to see them target if they can’t get Aubameyang over the line?

"I just think they have got to be careful signing number nines with no Premier League experience.

"People scoring goals in other leagues doesn't quite equate to the same thing as being able to do it in the Premier League.

"So for me, I'd much rather them go for a striker with Premier League experience and in Aubameyang you have that.

"As long as he's happy and wants to sign and still has desire, then I think you're going to get a great player on your hands that can easily get high teens or early 20 goals a season."

Conor Gallagher has been given an opportunity to impress for Chelsea this season but was sent off on Saturday. Do you think he deserves more chances or do you have doubts over whether it can work out for him at Stamford Bridge?

"There's always doubts because it's not happened yet, but I don't think anyone can judge him on the weekend.

"They were daft tackles for sure, but I just think that looked like a kid knowing he's got a big opportunity and was just too eager to impress.

"I think he's capable of doing it in a few years. I think he just needs to go out on loan.

"The Chelsea thing - being with the world's best players and a big club like Chelsea - I think right now it just looks a little bit too much.

"I think once he establishes himself and learns his game a little bit more, then I think he could be a Chelsea player going forward and I just think everyone should give him a bit more of a chance. It's too early to write him off."

Arsenal have got off to a better start than Chelsea this season - who do you think will finish higher in the league table?

"I'll still say Chelsea. I know Arsenal have been literally the best team in the league so far, but I just don't know if they have got the characters to be able to do it across the whole season.

"I just think Chelsea will find a way and I think they will come good. So I'll go for Chelsea."

West Ham haven’t had the start to the season they would have wanted but had an important win yesterday. Do you think they still look good enough to compete for European positions again?

"They haven't hit the ground running, by any means. They got an ugly win, but a win is a win.

"Right now. They don't look like it but it's a long, long season. They've had a decent transfer window, so I don't think they will be too far away."

Do you think the signings they have made are the right sort of characters for that West Ham team as well?

"Yeah, they're hard working. They're not going to be players that fans lose sleep about through excitement, but they're going to be good players that give them legs in the dressing room, work hard and try and do their best for the club.

"I think that's more important sometimes than having a superstar."

Portsmouth have won their last four league games and are sitting top of League One. Are you confident that they can continue this good form and earn promotion?

"To win four games in a row in any league, it's difficult to do.

"So if you're capable of doing that, then there's no reason why you can't carry on and finish the season in the positions that they actually want to be in."

Stoke City have made a big early season change, bringing in Alex Neil to replace Michael O’Neill as manager. What do you make of that decision?

"I don't know why they wanted to change it up - I'm not sure - but they obviously weren't happy about something.

"It's another tough league where if you're not at it every week, you're going to get found out. So I can only imagine they haven’t been performing where the hierarchy expected them to be and obviously that's why they had to get rid of the manager."

Do you think Stoke is a club that belongs in the Premier League and do you think that's what they should always be striving towards?

"Yes. Other than the year they got relegated they finished in the top eight or ten in every season they were there.

"They're not the Premier League outfit that is established and set in stone in the Premier League, but they've been there for the majority of the last ten years, so as long as they get the investment and sign the right players, then they have the opportunity to bounce back."

Brighton have made such an impressive start to the season. What do you think is achievable for them and what do you make of Graham Potter as a manager?

"I think he has done a great job. There were times last season where they looked like they played great football but would lose those games. They would be the best footballing side, but lose.

"So far this season, they're playing just as good football, if not better, but winning. So for a manager to do that with the budget he's got and the players that he's got, then obviously he's clearly a top manager and he clearly gets the best out of all his players.

"They're going to be a threat to anyone at the moment and good luck to him. I think he's doing a great job."

There's a lot of competition for the England right-back position. Who do you think is the favourite to be starting the first game of the World Cup?

"Right now, it's a no-brainer, it's Reece James.

"I've said for a long time now that for me, he's the number one.

"It's a great problem for the manager to have with three or four top right-backs. But I think it's a problem that he's got because they're all good at different things.

"But for me, overall, I think Reece James is the better player."