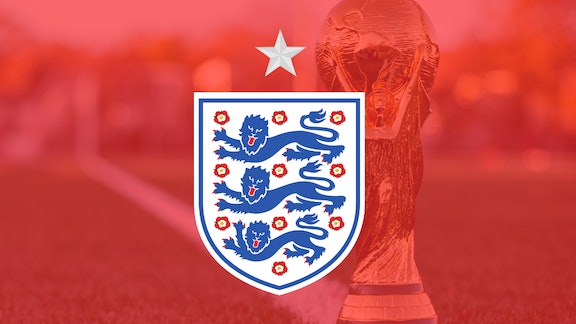 BookiesBonuses.com caught up with Glen Johnson, who explained why he isn't confident about England's World Cup chances. He also discusses Liverpool and their pursuit of Jude Bellingham.

With the World Cup being just a couple of weeks away, what is your gut feeling about England's chances of winning the tournament?

“Right now, I'd say highly unlikely. I obviously don't want to be the pessimistic guy, but I just think there are better teams out there at the moment.

“We've struggled against some teams in recent games. They're not giving me endless confidence at the moment, but in tournament football, you just don't know.”

Who are your favourites for the World Cup?

“I'd probably say either France or Brazil. Teams that know how to win.

“In terms of the quality of England, we're probably the best team going forward. So, of course, you're going to be capable of winning these games. But it's just whether you can string it together at the right time.”

Harry Maguire didn't feature for Manchester United against Aston Villa. Do you think he should be starting for England, though?

“As a neutral, I think if a player can't get into his club team, then how can he be good enough for England is what I'd be thinking.

“I know it's United and they've got a good squad, but if Harry Maguire is classed as one of our best centre-halves and he can't get into his club team, then I think we've got a problem.”

We know Harry Kane will start, but aside from that, it's by no means a certainty who will play in those attacking positions. Who do you think should start the first game against Iran?

“This is where we're blessed. I think you could ask three people this and they’d probably pick three different attacking players.

“But you could put Jack Grealish on the left and play Foden as a number 10.

“They've got so many good options because obviously that's not even mentioning Mount and Maddison. So I think that's where we're blessed.”

It was an important win for Liverpool against Tottenham. What impressed you the most about the victory?

“Pretty much bouncing back. Everyone says that top teams don't lose two games in a row and Liverpool had beaten Manchester City, then lost to Nottingham Forest and Leeds - which is dreadful by their standards - and then you go and beat another top team.

“So it shows that those games they lost, that they should have won, is purely down to concentration. They are probably a bit tired and probably thought that they are simpler games but if you don't respect these teams, of course, they can roll you over.

“The fact that they got their head back on it, focused, took the team seriously, and then put in a decent performance. I know they were up against it, but they still got the win.”

So far this season, every time Liverpool appear to have turned the corner, they have suffered another setback. Why do you think consistency seems to be so hard to come by?

“It's easy to get motivated for the big games. And I'm not saying that disrespectfully to Forest or Leeds, but to put yourself in a game against one of the best teams in the world and top players - it's easy to motivate yourself.

“Of course, Forest and those teams deserve respect for sure, but they're a newly promoted side. It's not the same beast as Man City.

“I think they've just gone into it thinking it's going to be easy, and nothing is easy in that league, so if you're not fully on it, then any team is good enough to beat you.”

Calvin Ramsay didn't play against Tottenham but made his Reds debut in the week against Napoli. How much of him do you think we'll be seeing this season?

“If you're young and knocking on the door of these teams then there's something that the lads and the staff are seeing in training that makes him deserve some respect.

“If he's knocking around already, then hopefully he goes on and has a fantastic career and plays for them many, many times.”

The league title is probably gone now, but how much of a chance do you give Liverpool of winning the Champions League?

“They're going to need to find some serious improvement, aren't they?

“It's hard to say that a team that is 15 points off the title race are going to be favourites for a Champions League run.

“But you just don't know - when it gets to a knockout stage, you only need to win the next game and not even maybe win - you just need to get through the round. So you don't know.

“Obviously all of these players are experienced at that level. The manager certainly knows what he needs to do to win those games.

Where do you think Liverpool should look to strengthen in January? Are there any particular players you think they should be looking at?

“I think the midfield. Loads of people have been speaking about the midfield in terms of a couple of lads getting a bit old, and maybe a few people don't chip in with enough goals which puts too much pressure on the front three.

“They've signed some fantastic players - wingers and strikers. I just think they need to get maybe one or two top midfielders.”

It was reported in Spain over the weekend that Liverpool are going all in on Jude Bellingham. With Real Madrid and several others also in the mix, what chance do you give the Reds of securing his signature?

“I think it all depends on how they get on. I think they've got an awful lot more chance of signing him if they get into the Champions League.

“Also, depending on how deep they go into this Champions League will get his attention.

“I'd love him to go to Liverpool, but what worries me is that the guy has shown big balls as a young kid to go to a foreign country and play in a different league, which not many people would do.

“So I've got a super amount of respect for that. And because of that, he would certainly have absolutely no worries about living in Madrid.”

Pierre-Emerick Aubameyang has gone seven games without a goal, with five of those appearances being from the start. What have you made of his performances as of late, and do you think it is working out for him under Graham Potter?

“He started well. I think he has seriously got a lot more to offer. I think he's a good signing.

“He's just one of those players that if he's enjoying his football, then he will put the effort in. And of course, when he puts the effort in, he's quick enough and good enough in front of goal that he will get you a handful of goals.

West Ham suffered a devastating defeat by Crystal Palace at the weekend. With just 14 points from the first 14 games, do you think they could find themselves in a relegation battle this season?

“Yes, only because of the position they're in at the moment.

“If you've got 14 points after 14 games and you tell me you're not worried, surely you'd be lying.

“I know they've had a couple of really good seasons and really kicked on. They have got some new signings in, which everyone thought they needed in terms of fresh legs and more players. They've got those players now, but it just doesn’t seem to be working.

“I don't know the players personally, but the reason they were doing so well last season and the year before is because they worked their socks off. I'm not suggesting that these guys are not, but maybe that was the foundation of why they were so successful.

“Hopefully by bringing in a couple of good players on top of that, you would have thought they would have kicked on, but they just haven't.”

Where do you think Newcastle stand at the moment? Are they firmly in the hunt for the top four this season and will they be thinking of a title challenge next season or is it too soon to talk about that?

“I think it's too early to talk about that. They stayed up last year by the skin of their teeth.

“They've been in unbelievable form at the moment and that takes some doing, so they need the credit.

“I don't think they're going to finish in the top four. To kick on and really challenge these top, top teams - it takes some doing.

“Anyone can do it for three months, but to do it over the course of a season and then do it again a season after, then you need to be a serious team and a serious squad.”