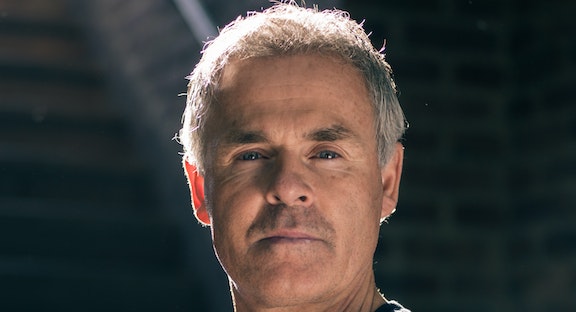 Limpar: Arsenal Can Challenge Man City and Liverpool in a 'Couple of Seasons'

Anders Limpar believes his old club can compete with the top two in the Premier League in the coming years if they finish fourth and fix their problem positions.

Former Arsenal midfielder Anders Limpar has identified the two areas in which the Gunners need to improve their squad and thinks that they could become title contenders within a 'couple of seasons' if they secure Champions League football for the 2022-23 campaign.

Their 2-1 victory over West Ham United on Sunday saw Arsenal leapfrog Tottenham Hotspur and reclaim fourth position with four games to go - one of which is a crucial trip to the home of their North London rivals.

The Gunners are favourites with the bookies to take the fourth and final spot in Europe's elite competition, which could be pivotal in attracting quality players to the Emirates Stadium in the summer.

Bringing in a new centre-forward is the first priority, according to Limpar, who scored 20 goals in his 116 appearances for Arsenal between 1990 and 1994.

"[Alexandre] Lacazette is in a bit of a storm," said the Swede in an interview with BookiesBonuses.com.

"We released [Pierre-Emerick] Aubameyang and I don’t know if you can trust [Eddie] Nketiah to be this real goal scorer.

"We need a really good striker again. Someone who can score 20-30 goals in a season, like Olivier Giroud, who is an obvious choice and the first name the coach writes down for the starting 11."

Limpar added that a commanding midfielder should also be on manager Mikel Arteta's shopping list so that the Gunners can get the best out of the likes of Emile Smith-Rowe, Bukayo Saka, and Martin Ödegaard.

"I also believe we’re missing a hard worker," he said.

"A Patrick Vieira type, who is a hard-working two-way player and can lift the team in tough games.

"That will allow Smith-Rowe, Saka, and Ödegaard to do what they are really capable of with their offensive qualities."

It's been six years since Arsenal finished in the top two in the Premier League, but Limpar thinks that they could be in the running at the very top of the table in the near future provided they get things right in the weeks and months to come.

"If Arsenal manage to qualify for Champions League this season and then fix the positions I just mentioned, I think we can challenge Man City and Liverpool in a couple of seasons already," said Limpar.

"This squad, including Arteta, is still young so they will only become better and better."

Limpar highlighted Arteta's ability to improve Arsenal after a difficult start while sticking to his preferred style of play as a big indicator that the Spaniard is the right man to lead Arsenal forward.

"After the bad start that Arteta had, I think he’s done incredibly well," he said.

"With hard work and a great game idea he has managed to turn things around.

"It indicates that he is a really skilled coach to be able to turn Arsenal around in that way.

"To stand up for and believe in your own ideas even when the winds blow, and then become the manager of the month the next month, is a sign that he is the right man in the right place.

"Today you can see exactly how he wants to play, and when they do, I think Arsenal are a really good team."